For Mother's day, I wanted to do something motherly-related for singing time.

I got the inspiration from this blog. She had real mom items to dress up with, but I didn't have enough of these things, so I came up with using the Potato-head toy.

This would work well for Father's day, or any day, for that matter.

This IS a "competition" game, which I generally try to stay away from. I did preface this game to the kids, by saying that we are often discouraged by competition games, because sometimes, the kids get too wrapped up in winning the game, instead of just having fun playing the game. Then I told them that I have been watching them for the 2 years that I have had this calling, and felt like it is something they could handle. I knew that THEY knew how to have fun, without making others feel bad, or getting out of control.

Anyway. On to the game:

I had prewritten two posters with blanks on them. Except for the color of marker, the posters are the same.  I used heavy duty magnets, and posted them on the blackboard. 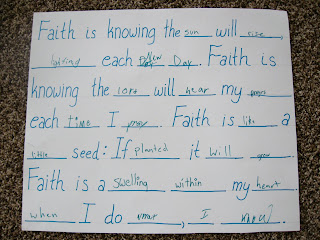 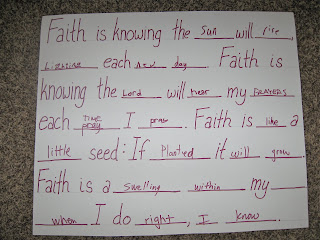 Each team gets a Mrs. Potato Head set. 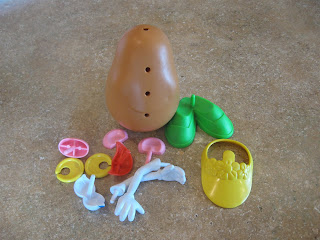 (I think we had glasses and the purse too, but I forgot about these when I took the picture)
The game:
1) The primary sings the song continually, until the game is over (the poster is filled in).
2) Each person fills in TWO words on the poster, and puts ONE piece on the potato head.
(We had 11 pieces, so that makes 22 words to fill-in on the poster)
3) Once you have played, you can not go again. (I wanted to make sure that not the same 5 people were playing the game.) We let teacher's play as well.
4) First team to complete their poster and have the MOST complete Mrs. Potato head, wins. 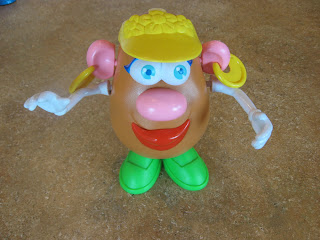 5) If you are caught NOT singing, I will pull off a part from your assembled potato head. I HIGHLY recommend doing this, or they get too caught up in the game, and forget to sing. I DID take off a piece or two during our game...
This was such a big hit, and I know THEY know the words to the song now. When the game was over, I didn't say anything about the "winner", but as soon as the winning team had one, I just stopped the game and said "Great job everyone! you guys did awesome!" and moved on to the next thing in my lesson plan.
Posted by PerryParty3 at 2:04 PM 2 comments:

I received several requests for the images I used on my Faith poster.
There are two pages for this document.

I posted some more tips on how to make the poster on the original post.

The song I picked for May, is "Faith". I know MOST of you did NOT pick this song, but I think this idea could work for many songs. This song worked particularly well, because there were 4 main ideas presented. (Please forgive my photography skills. They are very lacking...)
I started by showing them this poster: 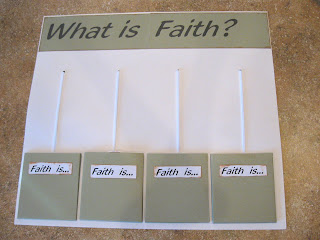 I asked them what Faith is. After I got a few answers, I told them to listen to this song about Faith.
As I sang the song, I used the string behind the poster, to pull up the pictures out of their "boxes" 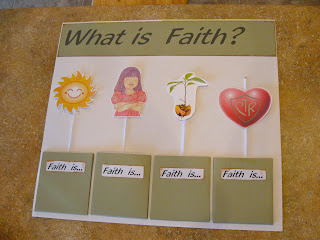 When I was finished, it looked like this.
Then, I pulled the pictures back down into their "boxes" and asked the kids what was in each "box". I was thrilled with their answers (and listening skills) when they used words and phrases from the song!
Then I called up volunteers to help pull the pictures out of the boxes as we sang the song. I love activities like this, that even the littlest kids can do.
Here is another poster I helped my mother-in-law make. 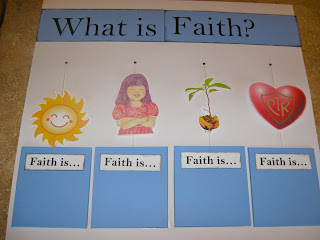 I love the blue!
TIP: use eyelets to help reinforce the holes, so they wouldn't rip
TIP: Put a piece of cardboard on the back of the poster, in between your string holes. This helps to keep the poster board from bending when you pul the string. 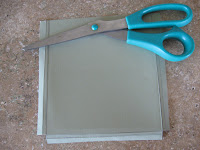 I made my boxes from a 6x6 square of scrapbook paper. Then I scored a line 1/2" inch on three sides, and then another 3/8" of an inch towards the outside of the box. 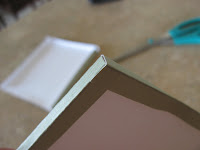 Cut out the two bottom corners, fold them over each other and glue. 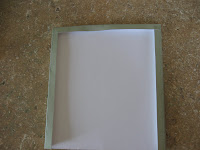 This is what the "inside" of the box looks like.


"I'm not sure where to post this, but here goes. I have noticed that May is a month that we can pick our own song to teach the children. Mother's Day songs are perfect but I am wondering what other songs choristers are teaching this month. We had a regional conference last week so this will be our first week of Primary for May. I am not sure what to teach. Would love to hear from everyone."

Great Question!
So, what are you teaching for May?


Isingusing blog posted an awesome teaching idea for the "Fourth Article Of Faith" song.
Posted by PerryParty3 at 10:30 AM 37 comments: