OOPS! I thought I had this one posted! Pumpkins are still in season though, right?!

Our program is over! YAY! I don't normally get teary in public, but those kids definitely made it hard to keep the tears from flowing as we sang Families can be Together Forever with the congregation. They did absolutely fantastic. AND, I didn't even need the motivational chart!

For primary, after the program, we gave the kids a little break and just sang some of the fun "wiggle" songs. I wanted a fun way to choose the songs though, so I found this idea on sugardoodle posted by Amanda Fennema.

I took a pumpkin and printed our various facial features for our Mr. Pumpkin. I cut them out, and wrote a song title on the back. I chose a child to come up and pick a feature and put it on the pumpkin. I put double sided sticky tape on the back of the features and it worked ok. However, next time I will probably do it like ChicoandJo.com (the pictures below came from their site.)
For the eyes, I just wrote down one song title on one, and had them put up in pairs. You could write the same title twice, or you could just have them pick one eye at at time, so each eye has a different title. The kids really had fun making their own pumpkin face, and getting to do all those action songs.
I found templates for face features here: 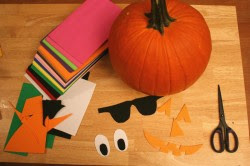 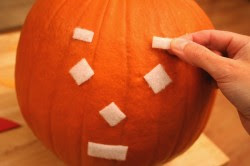 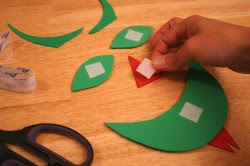 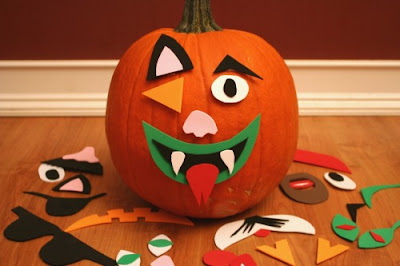